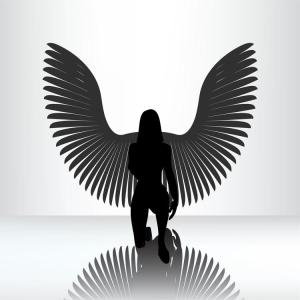 Whilst ritual plays an important part of my daily spiritual practices, Ritual wasn’t something I had ever been actively involved in. Until April 2013 when I, and my better half, traveled to the wilds of Derbyshire to take part in the first Ritual Weekend, organised by The Silent Eye (A Modern Mystery School).

That first weekend, the official birth of the School itself, proved to be a revelation on so many levels. The central drama, played out in five parts throughout the weekend, brought alive complex, esoteric concepts at a deep intuitive level as much as at the intellectual. Individuals from disparate traditions and backgrounds, in that common activity, found a new kinship as the companions of the birthing.

One Ritual, separate from the main drama, stood out for me at the time, and now resonates even more strongly (despite the fact that I had to be reminded of it, and its relationship to current events):

“The priestess in gold held each pair of eyes, accepting their gifts with Love and silence, bowing her head to each in thanks and blessing. They took their seats to either side, forming great wings of life around the three.”

The night before enacting this gifting ceremony, an encirclement, by the companions, of the centrally seated Priesthood was indicated. Retiring that evening, I became “aware” that it may have been more appropriate for the Companions to “hold the School within a Chalice”.

We queued outside the Temple in silent meditation, each bearing their unique gift of heart and spirit. The Temple Guardian opens the door, beckons, and one by one we enter. Through the great doors, the Temple is not as I anticipated. The seating has been rearranged, and now forms the cup of a goblet sitting on the stem of the Aisle whose base is the Western wall. Taken aback, I wait my turn, just inside the western door, beneath the vast vaulted ceiling studded with stars.

I approach the table of offering. The objects lying there are varied, reflecting the variety of traditions represented by the companions. I feel nervous. Without the sword, which I am about to present to the Temple, I will feel naked and defenceless. Behind me, the Temple Guardian’s calm energy soothes my fear. My own Guardian, already seated, smiles. Grasping the hilt, I draw the flaming blade from its scabbard. “Everything changes after this.” I lay the sword on the table, close my eyes, and step back from the security of its warming glow.

Moving to the aisle, a pale blue light rises behind the seated Temple officials. The East is flooded with its purity, and I am blinded by its intensity. A slight pressure on my shoulder is all it takes. I go down on one knee, head bowed, acknowledging both the officials and the Gods whom they represent now standing behind them in the Glory of that Light. Enormous black wings reach round, fanning out in the shape of the chalice, and enfold those within in Love and Protection.

Shaken, I rise and take my seat as part of the Chalice holding the School.

Not the next post promised… just a detour, possibly an avoidance tactic, as the result of a “fan” reminding me that the CAT scan was not my first experience with wings…

About A Misanthropic Bear

Intermittent posting of random touchstones, memories and events. This wasn't meant to be what it would become... But then, is it ever?
View all posts by A Misanthropic Bear →
This entry was posted in Ceremony and tagged animal moments, Ritual, Search. Bookmark the permalink.